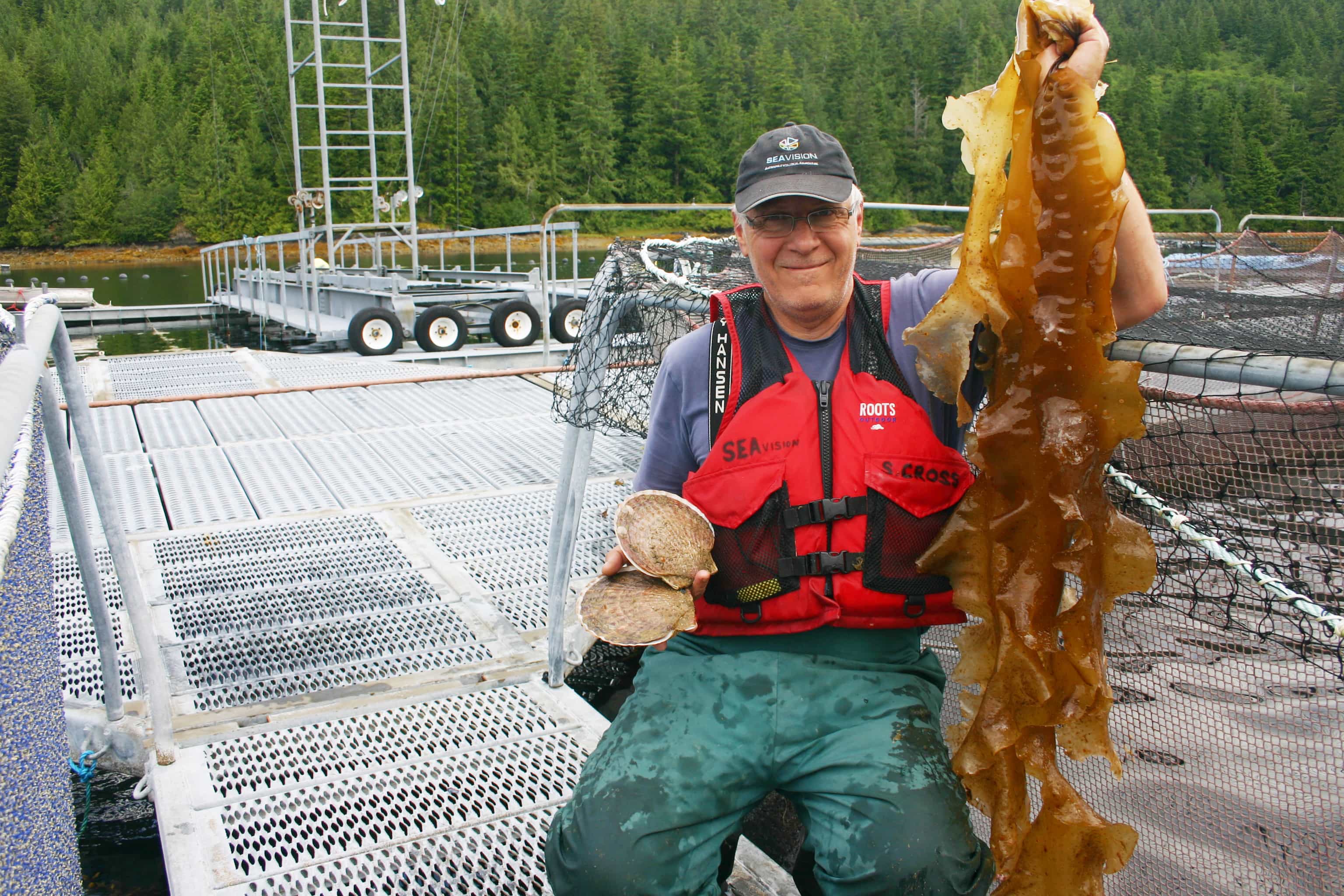 There are more than 630 seaweed species found in B.C.’s 20,000 km of coastline, which can provide new opportunities in aquaculture for coastal communities, say experts

British Columbia has strong potential to be a world leader in seaweed farming that can help mitigate climate change and provide new opportunities in aquaculture for coastal communities, say experts.

There is an “incredible production and market opportunity” in seaweed farming because British Columbia has the world’s most diverse seaweed species, said Dr. Stephen Cross, the former Industrial Research Chair for Sustainable Aquaculture at North Island College (NIC) in B.C.

Dr. Cross, who has been involved with aquaculture development in Canada since 1985, said there are more than 630 seaweed species found in B.C.’s 20,000 km of coastline.

At the moment, seaweed harvest in the province is mostly from the wild, totaling roughly 800 to 1,000 MT per year.

“We have a ready market for seaweed with B.C.’s large Asian population but more needs to be done to boost this industry,” said Dr. Cross, who recently completed a study with the B.C. Salmon Farmers Association (BCSFA).

Kelp, which is part of the seaweed family, is now considered a superfood—rich in iodine and several vitamins—and demand is soaring.

”We will do this by partnering with First Nations and coastal communities to seed, grow, harvest, process and sell products to a market in high demand for sustainable protein.

Grieg Seafood British Columbia and Mainstream Canada found that excess nutrients from a fish farm could act as a fertilizer for kelp, supercharging the plant’s growth. In addition to kelp providing additional revenue, it will also absorb much of a farm’s waste, and act as a carbon sink.

Dr. Cross has now helped established Cascadia Seaweed Corporation on Vancouver Island to become the largest producer of seaweed in the Pacific Northwest.

“We will do this by partnering with First Nations and coastal communities to seed, grow, harvest, process and sell products to a market in high demand for sustainable protein,” he said.

Allison Byrne, a research associate, at the Centre for Applied Research, Technology & Innovation in North Island College said seaweed aquaculture alongside fish farms and shellfish operations in B.C. provide an array of opportunities for scientific studies.

After exploring the potential of co-culturing kelp adjacent to salmon farm operations, Byrne is now assessing the technical and socio-economic aspects of co-culture with a variety of shellfish species (cockle, geoduck, scallops, sea cucumbers) and the inherent ecosystem services marine plants provide to combat ocean acidification and nutrient sequestration.

B.C.’s potential for seaweed cultivation was also bolstered by a recent study by researchers at University of California Santa Barbara, who investigated the carbon offsetting potential of seaweed aquaculture.

“But it has huge potential,” she said.

According to the study, 48 million square kilometers of the oceans are suitable for seaweed aquaculture, which could help carbon offsetting by sinking the algae that stores carbon in its tissues in the deeper ocean.

There is substantial suitable area in which seaweed could be farmed, and a relatively small proportion (0.001%) would be enough to render the entire global aquaculture industry carbon neutral, according to the study

Relative to the rest of the world, seaweed aquaculture in North America is still somewhat in its infancy.

seaweed farming has other appealing and beneficial environmental effects.

“We like to call it ‘charismatic carbon’ because it has additional benefits…such as potentially providing habitat for fish and other marine life, reducing ocean acidification and oxygen depletion, and taking up excess nutrients in local areas.”