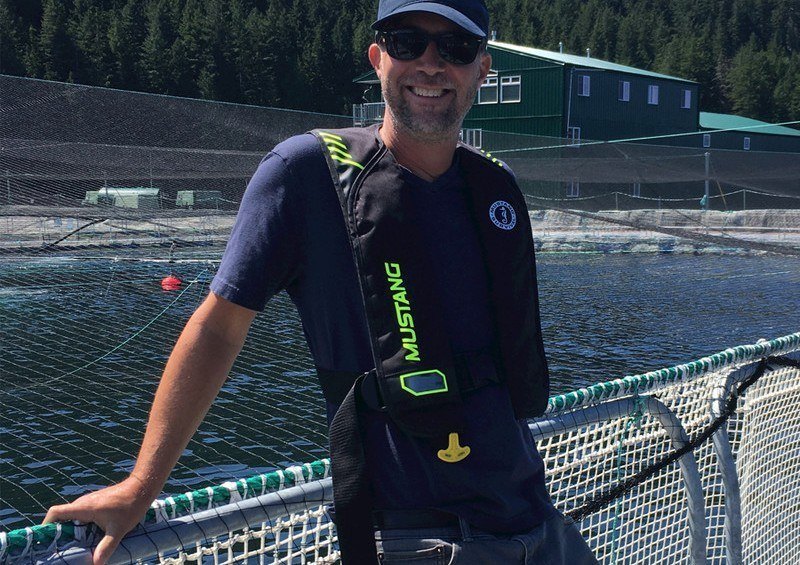 Mr. Fraser comes to the association with a deep background in public and government communications. He was B.C.’s deputy minister responsible for Government Communications and Public Engagement until last year.

“I was drawn to this role by the opportunity to become an advocate for this important but misunderstood industry at a critical time,” Mr. Fraser said. “B.C.’s salmon farmers provide nearly three quarters of the salmon harvested in the province each year while supporting thousands of Canadian families in rural coastal communities with good jobs, many of them held by young, local First Nations people who are deeply connected to the environment they work in and the communities in which they grew up. In looking at this role, I was struck with just how deeply our province’s salmon farmers understand that wild salmon come first and that they play a critical role in protecting wild fish populations. They understand they must, and do, operate responsibly by using the most innovative green techniques and acting on independent science. They also understand how important it is that they are giving consumers a local and healthy alternative to eating wild salmon when making their meal choices.

“My first priority will to gain the public’s trust,” he added. “While the importance of salmon farming is well understood in the communities where our members operate that is not the case in urban centres and there is no question we have work to do on that front. I look forward to bringing forward the story of just how important and progressive this industry is.”

Farm-raised salmon is B.C.’s highest valued seafood product, the province’s top agricultural export, and generates over $1.5-billion towards the B.C. economy, resulting in over 6,600 jobs.

The BC Salmon Farmers Association represents 56 businesses and organizations throughout the value chain of finfish aquaculture in B.C. Our members account for over 95% of the annual provincial harvest of farm-raised salmon, 100% of the salmon feed produced in B.C., and most of the service and suppliers involved in ensuring that over $700-million of salmon raised in B.C. gets to domestic and global markets.