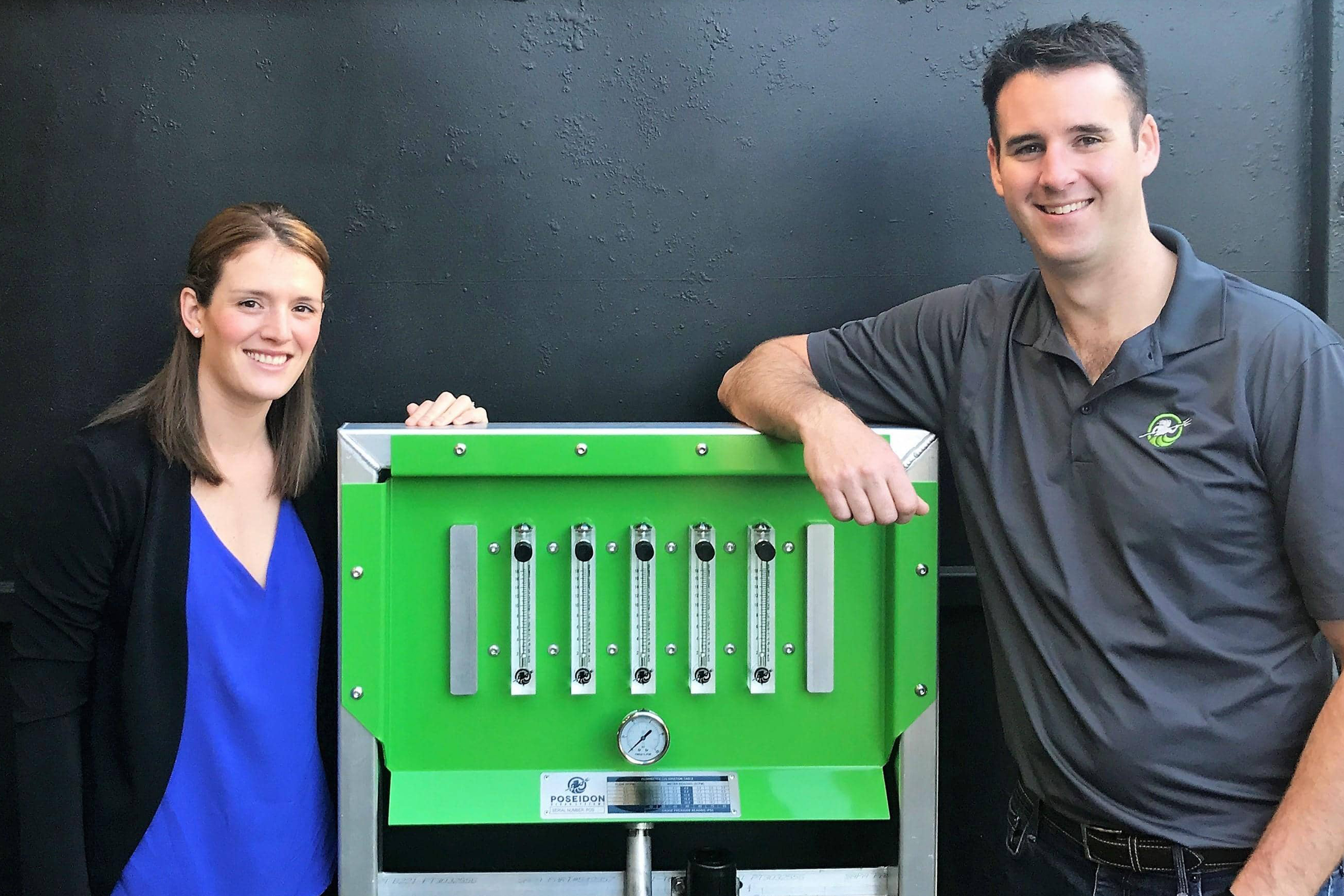 Poseidon Ocean Systems has brought good paying, highly technical jobs to British Columbia and its innovations are having a real impact on the global aquaculture industry.

Creative collaboration is one of the pillars of Poseidon Ocean Systems, whose innovations and technologies have put the coastal community of Campbell River on the global aquaculture map.

The bee line to their business, helmed by Matt and Heather Clarke, includes many of the world’s aquaculture giants, whose farms contend with high currents, strong winds and powerful storms in the ocean.

“In less than three years, we have created a sustainable and profitable business that is having a real impact to the global aquaculture industry.

”The Gen IV Life Support System is the culmination of years of R&D with salmon farmers; the system has dramatically reduced the impact of harmful algae blooms to salmon farming operations in Canada.

One of its more recent innovations is the Gen IV Life Support System.  This is the latest generation aeration system specifically designed to minimize the effect of harmful plankton outbreaks and protect fish against hazardous algae blooms.

“Algae blooms can have a devastating effect on operations,” said Matt Clarke, Poseidon’s Co-founder. “The recent outbreak in northern Norway affected roughly 450 kilometers of coastline and led to losses estimated to be as high as eight million salmon in one week alone. This crisis demonstrates why it’s imperative that farmers create a barrier to harmful plankton blooms with an effective aquaculture aeration system,” he said.

“The Gen IV Life Support System is the culmination of years of R&D with salmon farmers; the system has dramatically reduced the impact of harmful algae blooms to salmon farming operations in Canada.”

Another of Poseidon’s innovations is the TRIDENT Hybrid Steel Cage System, which supports new technology and advancing processes in aquaculture.

“For the past 20 years there have been minimal advancements in steel cage systems. We believe our product represents a significant advancement in the evolution of steel net pen systems. It delivers a new level of fish escape protection and systems integration,” he said.

“We are impressed with the innovation and technology being developed out of Poseidon,” said Dave Kiemele, Managing Director for Cermaq Canada.

“Along with being an innovative design which will provide operational improvements, the system also improves worker safety by helping to eliminate tripping hazards by running the electrical, air, and feed piping under the decking.”

Poseidon incorporates the Norwegian Standard – NS 9415, in its entire workflow including the design, development and implementation process to ensure that fish farms are environmentally safe and structurally sound.

The NS 9415 is a standard that guides the site surveys, risk analysis, design, dimensioning, production, installation and operation of an aquaculture facility.

“Our objective with any aquaculture development project is to protect the environment, reduce risk and optimize production,” said Matt Clarke.